You are here: Home / News / Charles the language person: An Interview with an Italian and German language student living in the USA

Imagine tapping into your inner thespian or learning family secrets by studying a new language.

A retired social worker, former English instructor, and multilingual “language person,” Charles Rizzuto has taken German classes and Italian classes at ILI. Plus, he speaks French fluently, not to mention a bit of Spanish. Born in Brooklyn, Charles lives with his husband in Western Mass.

In our conversation we compare learning foreign languages to performing, contrast the ways the English and German languages structure reality, and discuss how learning Italian connected him with his family.

How about we start off by discussing your experiences studying Italian and German in the USA or abroad?

I started studying Italian in college as another language related to my degree in French. I’ve also been studying German for a long time. I studied at the Goethe-Institut de Paris, and I continued studying German on my own intermittently. I also studied Spanish when I was in college too, but I don’t use it very much.

I’m a language person. Languages are a really important part of my life in many different ways.

What are some other ways that learning Italian or German has been a big part of your life?

They came to this country when they were in their thirties. My grandmother was a particularly difficult person. My father’s mother was a real piece of work. It helped me to talk to her, even a little bit, in Italian. It changed the relationship somewhat. It was a combination of being able to speak Italian in conjunction with being in Italy, meeting relatives, and seeing what their lives were like, and being able to discuss that with them in Italian, even in simple, elementary ways, because none of them spoke English, that added to my understanding of where my grandparents were coming from.

I suppose my father a little bit too, although my father was very Americanized, and he clearly spent a lot of his energy assimilating to American culture. My father was born in Italy, but we never spoke Italian at home. You wouldn’t even know he came here when he was five or six. He put himself through college and graduate school and became a math teacher. Despite the fact that he spoke Sicilian dialect with his parents, Italian as a language was not spoken in my house and he spoke English fluently without an accent.

I found out not long before my father died, which was like 20 years ago, that he had gone to a Montessori school in Sicily, and I was like oh really? How come? I never knew that. My mother was a very quiet, unassuming person, and he was in his own way. We didn’t tend to talk about things like that.

I just found out a whole boatload of stuff from my sister. I was visiting her in New York while she was moving. We were going through a box of family photographs, talking. Now I’m finding out things about my family. I never even knew about my great grandparents.  You just look at the pictures. Who’s this person? That’s the person that Antoinette almost married. That’s interesting.

Besides connecting with your family and heritage, what’s so interesting to you as a language person about learning Italian or German?

German has a slightly different way of structuring reality in contrast to romance languages. German is a language of nouns. German tends to structure its sentences and its formulation of reality around nouns, and that’s very different from romance languages and from English, which is a more verb-based language. With English nouns, the plural is formed by putting an S on it, with maybe 15 or 20 exceptions. The singular and the plural forms are almost the same. German, on the other hand, is highly inflected, so there’s a lot more to learn about nouns in German than in English. Nouns are much more challenging and important.

What other aspects of learning Italian or German do you find challenging?

I would say German is certainly more challenging because it’s outside the realm of romance languages. Vocabulary is challenging, despite overlaps between German and English.

I wouldn’t say I struggle much with my Italian. I’m of Italian origin myself so it comes pretty easily. I have a very good understanding of how the language works. The biggest stumbling block for me in Italian is learning more vocabulary.

But languages for me are not just words or expressions. It’s a performance, so I can get into the physicality of speaking a language the way a native would. I switch into a performative Italian mode.

Interesting. To speak a language fluently, you need to “perform” the body language and accent. How did you become a “language guy” who went on to study German, Italian, Spanish, and French?

My first experience with languages was in high school. I loved Latin. Latin was like a game. It was like mathematics to me. I like math and science, so it all fit. I guess I’m a super nerd. I did very well in Latin, and I started French when I was a sophomore in high school and I took to it right away. I was a French major in college and did my dissertation in French studies.

I think part of it is the performative aspects of a language, you know? I have a very good accent in Italian, and that’s not a problem. I was born a thespian.

Have you traveled much to Italy, France, or Germany and put your language skills to use?

When I went to France for the first time in the summer after I graduated from college I was pleased to find that I could carry on a conversation with people. They noted how good my accent was, and that was really very satisfying. I lived in France for a few years a long time ago. In the mid-seventies I was in Paris on a Fulbright and I taught English at a high school.

We were in Germany in April, 2019. We spent some time in Alsace and Munich, and I got a chance to speak a little German.

I’ve been quite a few places in Italy. In my recent travels, we had a wonderful trip in Sicily, where I’d been a number of times before, but quite a long time ago. My previous trip to Sicily had been in the 1970s when I went back with my father, who was visiting Italy for the first time since he was five years old, and he asked me if I wanted to come with him. We visited relatives that he had left 50 years before.

How else do you use Italian and German nowadays? 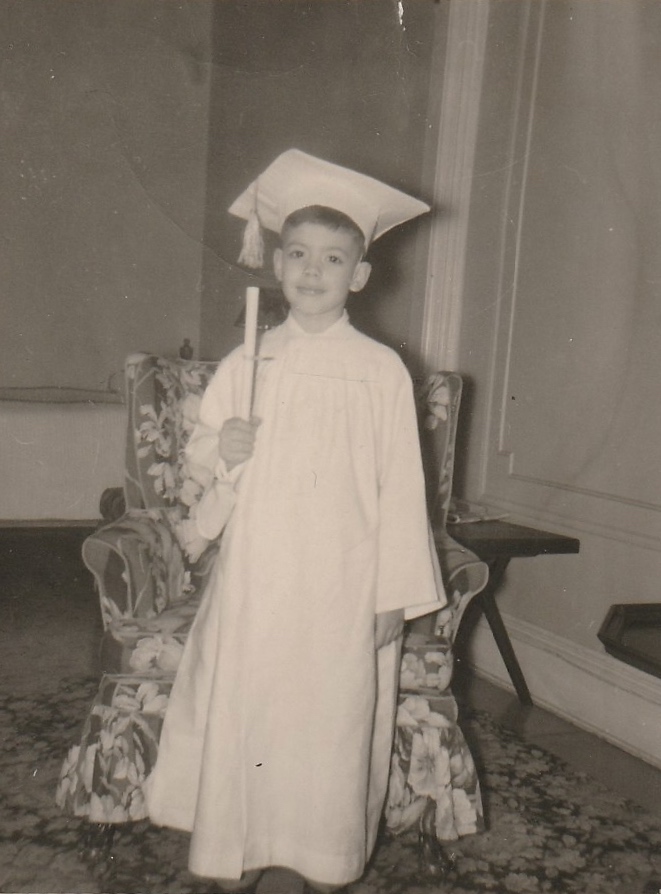 I’ll read books or articles in Italian. Most recently I read some short works by the Italian author Natalia Ginzburg. I’m very interested in Italian cinema too. I was just watching some Fellini the other day, and we saw a Michelangelo Antonioni movie a couple of months ago.

What’s your take on the pros and cons of taking German classes or Italian classes online versus in person?

Would you recommend others to learn Italian, learn French, or learn German? Why?

I would encourage anybody to learn a language. It’s a very enriching experience.

From a practical point of view, French probably has the most utility for traveling. It’s a language that more people know around the world, even those who are not native French speakers. From a linguistic point of view, Italian may be easier–not grammatically, but in terms of how to pronounce it. French is a little bit trickier in terms of sounds.

I’m 72, so learning language is a great way to keep my mind active.

Read more about how to learn German, Spanish, and other languages: